What makes for likeable tools?

There are a lot of technologies, tools, frameworks, and programming languages I do like. There are only a few exceptions to this. It’s inevitable that you will eventually come across a tool that is frustrating to use, not suited for it’s intended purpose, or causes too much friction and frustration. This post is about those tools.

Before I discuss what I don’t like, it’s worth visiting what makes something good. I’d say that in order for these tools to qualify as good that it has to meet most of these requirements:

There’s probably a lot more I could list if I thought about it. I think this is a pretty good set of characteristics though.

What about bad tools?

I wonder how many of these you, the reader, have experienced. I’d love to hear about it because I’ve probably had experiences I’ve forgotten about! For me, bad tools are pretty much the opposite of all the previous points. If a tool has a couple of good points but mostly bad points, it’s likely still a bad tool.

🟡 Would use again but found the experience frustrating or not ideal.

🟠 Will never use again except under extreme or specific circumstances (such as maintaining a legacy project).

🔴 Will never use again under any circumstances.

The list is currently not in any particular order.

I used to be a user of the Debian distribution for servers and virtual machines but it’s leaders dogmatic and impractical world view became particularly frustrating. My tipping point was when installing Debian on a fairly old Dell laptop. The laptop had Intel Wi-Fi onboard. The particular chipset at the time was extremely common and had/has widespread support across both Windows and Linux.

Debian had installed perfectly fine on the laptop but the then latest major release of Debian decided it would no longer ship with what it likes to call non-free firmware and forced users to instead have to install these drivers after the installation. See the problem yet? Users literally would have no way of installing the drivers to access the internet because they had no way of accessing any network unless they have an ethernet connection available. This is when I realised I didn’t wish to continue supporting such user hostile Stallman-like nonsense. I use Ubuntu in place of Debian for servers and virtual machines now - it ships with firmware/drivers.

Docker is OK for local development. I can’t deny being able to spin up some quick containers is very useful. However, I found Docker (the company) to be engaging in some morally questionable tactics. There’s a Reddit thread that covers the tipping point for me - requiring users to pay to delay updates. Docker has since removed this malware like feature of their software - but the fact remains they still had this functionality enabled for a considerable amount of time. I try stick to running Docker for deployment now. I would recommend reading the article Maybe Web Components are not the Future? for some background explanation of this debate.

There’s a lot of information out there and I don’t feel like repeating it all here. I’ve used them on and off for a while and some arguments get repeated ad nauseam by people that I believe don’t fully understand the sentences they are repeating. One such common misconception is “it’s future proof as you can use any framework and swap frameworks!“. Here’s why this is a bad faith argument:

I hoped Web Components would take off. (I even wrote a course on them).

Because frameworks frequently innovate and improve. Standards can’t do that.

So, the Web Components API and ecosystem is inferior to today’s modern JS frameworks.

I want to make it clear that I regularly use .NET, it’s my favourite ecosystem, I’m just specifically ranting about an aspect of it’s web support.

This one takes a bit of explaining because of Microsoft’s well known inability to name things well. When I say “ASP.NET MVC” I’m referring to two parts - ASP.NET before ASP.NET Core existed and also MVC itself. I spent several years using (and regretting using) ASP.NET MVC. While creating maintainable software with ASP.NET MVC is not impossible, it’s proponents and community sure does a good job of pretending that’s impossible. The situation improved marginally alongside the release of .NET Core. For example, View components and tag helpers were created.

Laughably, for seemingly the first time since the original release of ASP.NET MVC over a decade ago, the Visual Studio tooling for it’s view files finally had some improvements. From what I can tell, the original tooling was indeed written that long ago and then abandoned despite being shipped in multiple versions of Visual Studio ever since. The new tooling was introduced in Visual Studio 2022. I’m not sure what’s worse - the fact that for more than a decade the previous bad tooling was the only choice for creating views in ASP.NET MVC or that the developers using it didn’t even realise how bad things really were. Seriously, formatting the file was likely to result in some crazy indentation and false positive error messages.

I’m not sure why it lends itself to generating spaghetti code so much, but ASP.NET MVC codebases always seem to be suffering from bad documentation, little to no structure, poor unit tests, and often created by “we’ve always done it that way” teams.

What I do like to use, however, is .NET and ASP.NET Core. If the naming here is confusing in any way, try have a conversation with other .NET developers and you’ll see that even the official documentation doesn’t explain it well at all.

The tool of choice for micromanagers and Agile ™ enthusiasts. As you may know from my previous post most organisations are “doing Agile” instead of being agile. Atlassian seems to have captured the market for this.

There is no reason to be still using jQuery for new projects. There are far better and more cohesive libraries and tooling available - including none at all - “vanilla”. Whether you still want DOM-coupled state or conventional component based frameworks there’s so much choice. Often people were/are building jQuery based applications or lots of interactive content containing state which I think is the real problem. In my experience every project that heavily used jQuery was a complete mess.

Vue is a great framework. The Nuxt framework that builds on top of it - not so much. I originally made an early version of this site with it but soon realised that it was going to be a huge pain and source of technical debt going forward. The configuration was arbitrary, Nuxt module configuration expecting to be in a different location to the configuration for other Nuxt modules was one of my most frustrating experiences. The beta release for Nuxt 3 was more like an alpha quality release - it was not tested on Windows and couldn’t run on it for several weeks - despite being written in Node. Strange.

Following on from that, it’s official Discord community is less than helpful with the typical “moderator of online community power tripping” nonsense leading to a fairly negative experience trying to engage with the community - this is mainly down to a couple of particular individuals within the Nuxt team. To the extent that common internet abbreviations even trigger a ridiculous automatic “warning” - I wish I was exaggerating.

I’ve been on the internet a while and witnessed total stupidity across IRC, IM, social media, forums, but this one really sticks out. For this reason alone I chose not to support such behaviour and rewrote my site with another framework. There’s also the support aspect - most questions asked by anyone are ignored by the Nuxt team. Making abbreviation triggered bots is important though… 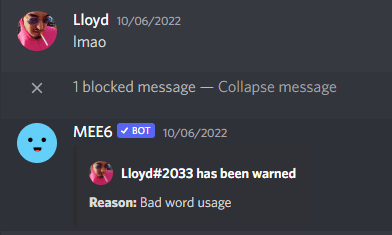 I simply cannot bear to work in an Angular project. To be clear, I’ve used multiple frontend frameworks and Angular remains the most painful and least productive option. I personally believe many organisations choosing Angular “because it’s a whole framework” are very misguided. I cannot think of a worse choice, other than jQuery, for a new project with developers new to web development.